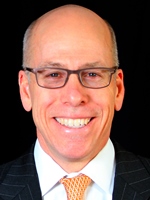 Douglas (Doug) O'Donnell serves as Acting Commissioner of the IRS. As Acting Commissioner, Mr. O'Donnell presides over the nation's tax system, which collects approximately $4.1 trillion in tax revenue each year representing about 96% of the total gross receipts of the United States. In this regard, since this revenue funds most government operations and public services, the continued success of our country depends upon a successful IRS. Mr. O'Donnell oversees an agency of about 80,000 employees and a budget of more than $12 billion.

He has spent more than 36 years at the IRS in a variety of roles most recently as Deputy Commissioner, Services & Enforcement from May 2021 until beginning his Acting Commissioner role. As Acting Commissioner, he will work closely with IRS senior leaders to continue work on the Inflation Reduction Act provisions, including efforts related to IRS transformation and other new tax law. In this role, Mr. O'Donnell will also oversee preparations for the nation's 2023 tax filing season and the agency's ongoing compliance work supporting the nation's tax laws.

Prior to becoming Deputy Commissioner for Services and Enforcement, Mr. O'Donnell served as the Commissioner of the IRS Large Business and International (LB&I) Division for nearly six years. In that role, he led tax administration activities for corporations, subchapter S corporations, and partnerships with assets greater than $10 million, and he was responsible for administering the tax law that affects individuals with international activity. He served as the U.S. Competent Authority in administering the operating provisions of tax conventions and on sensitive and controversial issues related to treaty negotiations. Previously, Mr. O'Donnell filled a variety of other roles including Deputy Commissioner (International) in LB&I as well as other executive positions including Assistant Deputy Commissioner, International; Director, Competent Authority & International Coordination; Director of International Compliance, Strategy & Policy; Deputy Director, Pre-Filing and Technical Guidance; and the Director of Field Operations, Heavy Manufacturing and Transportation Industry.

Mr. O'Donnell began his career with IRS in 1986 as a revenue agent in Washington, DC, and he holds a Bachelor of Science degree in accounting from the University of Maryland, College Park.