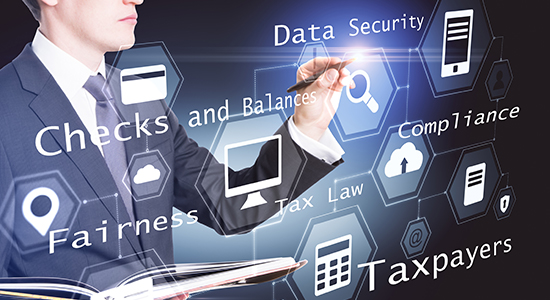 Few things can generate as much taxpayer concern, confusion and controversy as an IRS audit.

Tax audits are a critical compliance tool to help ensure fairness in the tax system, and the IRS works hard to ensure the agency's audit selection process is fair and impartial. Decisions to conduct audits are based on the financial information that's on – or not on – the tax return. There's an extensive set of checks and balances to ensure fairness with individual audits, and there are important protections and appeals for taxpayers during the administrative process as well.

But before an audit of a taxpayer takes place, the IRS career leadership team must make higher-level decisions on where to focus our limited audit resources across the agency. Given the breadth of our economy and the types of income people have, the IRS takes steps to ensure audits are spread across income categories – to ensure fairness and support voluntary compliance with the nation's tax laws.

Like many things involving taxes, there are complexities behind audit rates. On the surface, these can be easy to misinterpret. A Closer Look at audit rates provides insight into which income groups are more likely to be audited.

Despite common misperceptions about IRS examination rates, the reality is that the likelihood of an audit significantly increases as income grows.

Taxpayers with incomes of $10 million and above had substantially higher audit rates than taxpayers in every other income category for each calendar year from 2010 through 2015. Those with incomes above $1 million also had higher exam rates than all other groups earning less.

Tax Year 2015 provides a good historical overview of where IRS compliance priorities are focused. The exam coverage rate of taxpayers with incomes of $10 million or more is 8.16%. The rate for those between $1 million and $10 million is 2.53%. And other income categories are far below that – generally less than 1%.

Note: The IRS normally has three years to assess tax from when a return was filed. For example, the IRS would normally have until at least October 15, 2021 to assess additional tax on a tax return filed October 15, 2018, for the 2017 tax year.

Higher-income tax returns are more complex, and they can take much more time to complete – frequently several years after the tax return is filed. Therefore, to get the complete picture of the audit rate for a specific tax year, audits in process as well as completed audits must be included.

On the other hand, audits of low- and moderate-income tax returns take less time to resolve. Each year, approximately 25 million lower-income taxpayers seek a refundable EITC which on their return involves a single issue that can be quickly resolved, sometimes within a month or so of filing the return. The IRS prioritizes a prompt review of these returns in order to quickly issue the EITC refund to people in need, most frequently within 21 days following the filing of the return, without any further audit of such returns. The average time to complete an EITC audit is five hours per return.

The chart below shows that higher-income taxpayers were audited at much higher rates in 2013-2015. Data is not yet complete for the more recent years, particularly for high-income taxpayers for the 2016 through 2018 tax years, where many examinations are in the process or have yet to even begin.

Source: Table 17a, Internal Revenue Data Book, 2019
*Returns examined is total of columns “Closed” and “in process”.
** Returns that show no total positive income report zero or negative income. The negative income could be negative business income and/or capital losses. Returns with no TPI are filed by taxpayers in any of the income categories, and there is no prevalence of one over the other. These returns account for less than 0.5% of the individual filing population.

As I said earlier, few things involving taxes are simple. But it’s important to understand the details about the historical, long-term picture on audits.

The typical audits for higher-income taxpayers involve at least three different tax years, often include related entities, and routinely take years to resolve. The highest income taxpayers face the most significant chance of an examination, and they face the most highly trained and experienced IRS agents and teams utilizing our most sophisticated tools and techniques.

One may ask, whether regardless of the audit rates, should the IRS simply audit fewer lower-income taxpayers receiving EITC? Here’s the challenge with doing that: Error rates on tax returns claiming EITC are around 50%, and the improper payment rate involving EITC claims is more than $17 billion each year. There are several factors behind why the improper payment rate is at that level – some of this is that, despite significant guidance provided by the IRS and others, people (including tax preparers) simply misunderstand the complex EITC rules, and others involve misreporting income. Each year, at the start of the tax filing season, IRS participates in EITC Awareness Day events throughout the country in an effort to increase participation by eligible people and enhance the rate of compliance.

The IRS fully appreciates the importance of the refundable EITC and the significant difference it makes for people. More than 25 million people claim EITC per year, generating more than $63 billion each year to people in need. This program lifts millions of Americans out of poverty, and the IRS is proud to work hard each year to raise awareness about the program since many, many people simply overlook claiming this important refundable credit that they are entitled to.

At the end of the day, the IRS strives to properly serve compliant taxpayers and uphold the nation’s tax laws, ranging from civil side audits and notices to criminal investigations in the most egregious cases. We face tough choices each year as far as where to deploy resources given the breadth of our responsibilities, but our choices are guided by fair and impartial audit plans throughout the process.