When it Comes to Tax Scams, Knowledge is Power

Get a closer look at how the IRS Office of Fraud Enforcement is combatting identity theft, refund fraud and other criminal activity and learn ways that you can help in the fight. 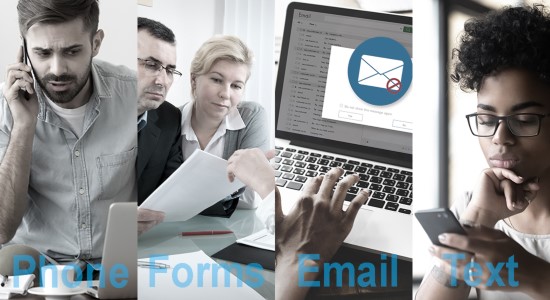 In my role overseeing the IRS Office of Fraud Enforcement and having spent my early career in IRS Criminal Investigation, I’ve seen firsthand that criminals can be exceptionally good at playing on our emotions to lure us into a scam.

It’s easy for us to think we wouldn’t fall for these types of cons, but strong emotions, such as fear, can drive many people to do things they otherwise wouldn’t. Consider how you might react to:

Criminals need victims to believe them, so they try to instill fear and urgency by threatening the victim with arrest if they don’t pay a bogus tax bill immediately. Or, they play on the victim’s trust that they are being helped and that providing their personal and financial information will result in getting a financial benefit or something they are owed. Even the most street smart among us can be tricked by a savvy and unscrupulous miscreant.

Tax scams occur throughout the year, but peak during filing season as people prepare their returns or hire someone to help with their taxes. Knowing which scams are prevalent can help you avoid becoming a victim. Since 2003, the IRS has issued an annual “Dirty Dozen” list of tax scams based on new and evolving attempts to take advantage of taxpayers. The list helps taxpayers and tax professionals recognize and avoid scams. The 2021 Dirty Dozen list will be issued next week so stay tuned. My work at the IRS has taught me that criminals constantly adapt old scams and create new ones to scare, trick and cheat victims into giving up their money and personal information.

In the original Dirty Dozen list back in 2003, we warned that criminals posing as IRS agents would come to your house and demand money. While it’s true that real IRS agents or officers may, in fact, come to your home, these visits generally happen after you’ve received a bill or been notified several times by mail previously and have not responded. IRS.gov has tips to help you find out if it’s really the IRS calling or knocking on your door. While IRS employees may make unscheduled in-person visits, when doing so, they will always provide two forms of official credentials. And if you would like to verify information on those credentials, they will provide you with a dedicated IRS telephone number for verifying the information and confirming their identity. There have been isolated instances where a taxpayer, believing the IRS officer was a scammer, threatened them with violence. Doing so is a crime. If a taxpayer were in fact interacting with a scammer, the taxpayer should not threaten them with violence either. Instead, the taxpayer should disengage, and report the issue.

Times have changed, and the most recent Dirty Dozen list comprises scams using social media, phone calls and computer attacks. Why the change? Since 2003, the great majority of impersonation scams are done via telephone or online. The internet has made scamming people much easier and more widespread.

What to Look for - Evolving Scams

Oftentimes, criminals find opportunity in adversity. Coronavirus and disaster relief scams are a major focus, as scammers try to collect people’s Economic Impact Payments and take advantage of support for victims of natural disasters.  Last year’s Dirty Dozen list warned taxpayers about scams using keywords such as “coronavirus,” “COVID-19” and “stimulus” in emails, letters, texts and links to fake websites. We also warn about scams that crop up related to natural disasters like hurricanes, floods, snowstorms, and wildfires when criminals set up shop seeking donations to help victims.

Phishing schemes are tried-and-true ways to trick you into clicking on a link or opening an attachment. These emails are designed to look as if they’re from a bank, your boss, a credit card company, an online store, etc. And once a criminal gets your personal information, they can do a variety of things with it, including using that information to file bogus tax returns or claim benefits like unemployment.

We’ve all likely picked up the phone to hear someone on the other end of the line try to get us to divulge personal information. Phone scams often target the elderly, people with limited access to information and immigrants who may prefer communication in their native language. Many of these calls are “robocalls” (a text-to-speech recorded message with instructions for returning the call), but in some cases they are made by a real person. These criminals may have some accurate personal information, making the phone calls seem legitimate.

Once again, it’s important to note that in certain circumstances IRS employees may contact taxpayers by phone. Generally, before receiving such a call from an IRS employee, the taxpayer will have received one or more notices or other correspondence or contacts from IRS regarding the tax matter. True IRS employees will always tell the taxpayer why they are calling, explain the tax matter, and explain the taxpayer’s rights and what recourse is available if the taxpayer disagrees with IRS. True IRS employees will not threaten to have the taxpayer arrested, demand unusual forms of payment, or instruct the individual to make payments payable to an individual or an entity other than the United States Treasury. If you have filed all your returns and don’t owe taxes or have reason to think you do, and you get an unexpected call “from the IRS,” ask the employee how you can verify their identity as an IRS employee. If they can’t, don’t give out any information. Hang up immediately and contact the Treasury Inspector General for Tax Administration to report the call. Use our IRS Impersonation Scam Reporting webpage and report the caller ID and/or callback number by sending it to phishing@irs.gov with “IRS Phone Scam” in the Subject line.

A helpful tip: If you owe taxes or think you do, you can view your tax account information online at IRS.gov to see the actual amount owed.

Refund scams take advantage of many taxpayers every year. Most tax professionals provide honest, high-quality service to taxpayers, but unfortunately, there are dishonest and unscrupulous return preparers who try to trick or convince innocent taxpayers into doing illegal things. They’ll promise a big refund by fabricating documents to claim credits the taxpayer is not eligible for and then the preparer takes a percentage of the refund as their “fee.” The victim signs the return and is then responsible for any underpayment of tax. When the IRS questions the return, the preparer is gone, and the taxpayer may have no evidence that someone else prepared it.

Since 2003, the great majority of impersonation scams are done via telephone or online. The internet has made scamming people much easier and more widespread.

Over the years, the IRS has compiled examples of scams to evade paying taxes. These scams often involve hiding assets or income offshore, setting up abusive tax shelters and retirement plans, misusing trusts, hiding ownership of a company, or just not withholding or paying taxes as income is earned.

Over the years, the story remains the same. There’s no secret or miracle solution to get out of paying taxes. Those who think they can avoid paying what they owe are in for a shock. Tax fraud can mean more than just paying a fine - it can also include federal criminal prosecution. Just watch the news and you’ll see headlines like: “Couple sentenced; admitted they didn't pay $1M in taxes” and “woman charged in federal court with tax fraud.” The IRS Criminal Investigation 2020 Annual Report shows that 80 percent of those prosecuted by the IRS went to federal prison for an average of 44 months.

Fighting Back Against Tax Scams

We are strongly committed to pursuing and prosecuting promoters of schemes for fraud and tax evasion, but we can’t do it alone. In 2015, we convened a coalition of state tax agencies and private-sector tax industry officials to enhance an important task – fighting back against emerging criminal syndicates that were filing fraudulent returns for refunds.

As part of our continued focus on promoters of abusive tax avoidance transactions, the IRS recently established the Office of Promoter Investigations (OPI). This new office will further expand on the efforts of the Promoter Investigations Coordinator that began last summer. OPI will coordinate efforts across multiple business divisions to address abusive syndicated conservation easements and abusive micro-captive insurance arrangements, as well as other transactions.
Even though OPI will be positioned within SB/SE, its staff will work on agency-wide compliance issues, including coordination of promoter activities with promoter teams in other business divisions, including Large Business & International, Tax Exempt/Government Entities, the Office of Fraud Enforcement, and Criminal Investigations.

Whether you’re a tax pro, taxpayer, state or federal tax administrator or industry professional, you play an important role in reducing scams. You’ve heard the phrase “If you see something, say something” when it comes to security, and it’s just as relevant to tax fraud. This is a team effort, and when everyone is working together, we protect innocent people from being scammed. Anyone who suspects tax fraud can report it to the IRS Tax Fraud Referral Hotline at 800-829-0433.

I hope you’ll join us in the fight.

As the Director of the Office of Fraud Enforcement, Damon provides IRS service wide leadership and guidance related to the development and delivery of major activities in support of IRS' efforts to detect and deter fraud. This encompasses focusing on unscrupulous activities of taxpayers and professional enablers that undermine our Federal Tax Laws and addressing emerging threats as it relates to fraudulent filings and related activities. In this position, he also acts as the principal advisor and consultant to IRS Division Commissioners and Deputy Commissioners on all issues involving fraud enforcement strategic plans, programs and policy.